I recently purchased a book titled Creative Workshop: 80 Challenges to Sharpen Your Design Skills. The idea is that each challenge takes a relatively short amount of time and you should be able to get through it quickly. However, being a perfectionist, they take a bit longer. For example, challenge #1 was to design a personal logo. Since that was on my mind anyway, I set out to complete the task. That little project turned into a week or two of sketching, brainstorming, experimenting and eventually settling on a concept. After tweaking and re-tweaking (about a month later) I finally finished.

Challenge #2 is called Easy as ABC. The challenge is to take photos of each letter in the alphabet from your surrounding environment. You can create each letter out of household items or snap shots of architectural structures that resemble characters. When I first attempted this challenge, I involved my children, thinking it would be a fun project for the whole family. That lasted about 15 minutes. Nice try. Today, I was working in the garage and thought about this challenge. Everywhere I turned I saw boxes, tools, equipment, and other well-branded items. I began snapping shots with my iPhone. Because the iPhone cannot focus on surfaces at close range, I started capturing logos or other writing that began with each letter. The only rule I gave myself was that I had to go in order. I stuck to it for the most part. ‘N’ and ‘Y’ were tough, for some reason. I discovered brands that I had never heard of, found old versions of popular brands, and found some inspiration right in my very own garage. ‘V’ is by far my favorite with ‘S’ coming in closely behind. Both logos were on items left by the previous owner. The Vitalaire is from an ancient ice box. Ice box, not refrigerator. The Signal logo is from an old fan hanging on the wall. Recognize any? 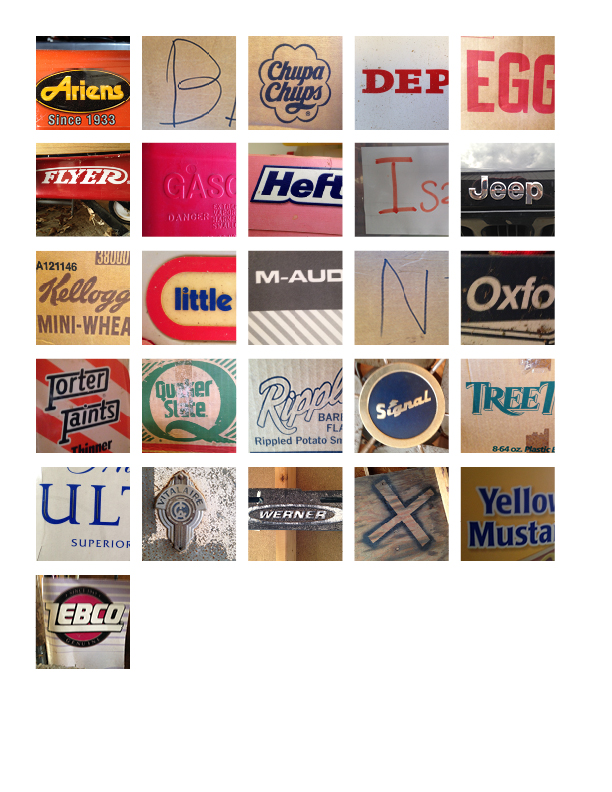